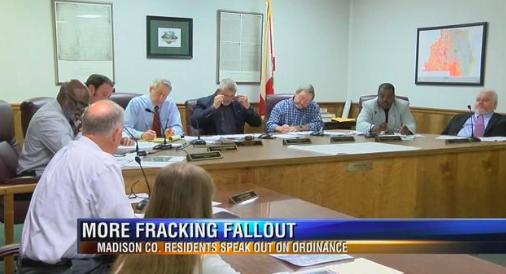 The Madison County fracking ban is yet another rejection of the controversial industrial practice of the oil industry that follows other counties, such as Volusia County and the City of Bonita Springs, that have adopted local legislation that specifically bans hydraulic fracturing, pointing to the extensive social and environmental risks implicated by the industrial practice. Already nearly three dozen counties and fifty city councils have adopted similar ordinances and resolutions, expressing their opposition to fracking and/or calling on the Florida State Legislature to pass a State-wide ban on fracking.